Despite my expertise in certain nerd cultures like comics or j-dramas, I have not read any of the Harry Potter books. Now before you click away from this window, I have seen all the movies. With at least this base knowledge of the franchise I was able to spot these Harry Potter Emoji buttons, so of course I had to further investigate this project.

I soon found out that these Harry, Ron, Hermione Cat, and Volde—(oh sorry I probably shouldn’t say his name) buttons were a part of the Harry Potter Alliance, of HPA’s Indiegogo campaign that was successfully funded 144% on April 3rd. The campaign for The Harry Potter Alliance was a project to help fund their annual international book drive in partnership with Accio Books. 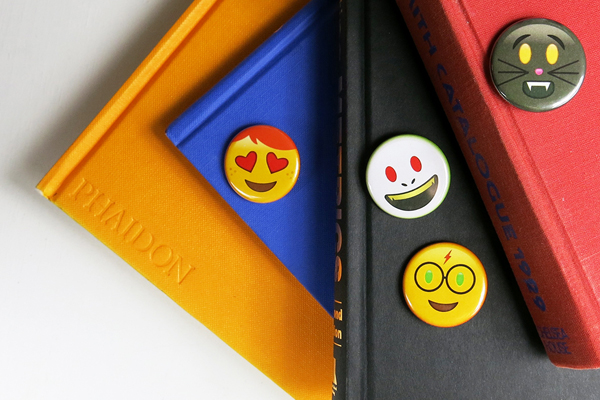 The Harry Potter Alliance began in 2005 by Andrew Slack, who cleverly thought to gather the networks of fans and focus energy on social change. Accio Books is HPA’s longest running campaign, which started in 2009, and has since collected over 250,000 books for communities in need around the globe. Because of their fan activism* (a term coined by the HPA) new libraries have been built in Rwanda, Brooklyn, and now with the success of their 2016 fundraiser, a new library will be built for the Good Shepherd School in Masaka!

A few years ago the HPA approached us for their 2014 fundraiser buttons which included the art of Vondell Swain. The pack of three included painterly illustrations of Harry and his parents James and Lily. This campaign added another success notch on the HPA's fundraiser belt. The Equality FTW campaign raised over $154,000 for a total of %155 funded and helped support another year of fan activism working for economic, educational, and LGBTQ equality.

Indiegogos have been used to crowd-fund these wizards’ efforts since 2012 with buttons being included as rewards in most of their campaigns. Although any amount can be donated and helps the HPA’s campaign, they have set up their reward levels sensibly to appeal to any donator’s budget. With the Harry Button Emoji button packs ranking at the $15 spot (in company with rewards like a rocking mix of magically inspired tracks and a fun decal for your lap top), this campaign is set up for success. Every donation included a one year membership to the Friends of the Apparating Library and the highest reward for a donation of $500 were VIP passes to LeakyCon2016. 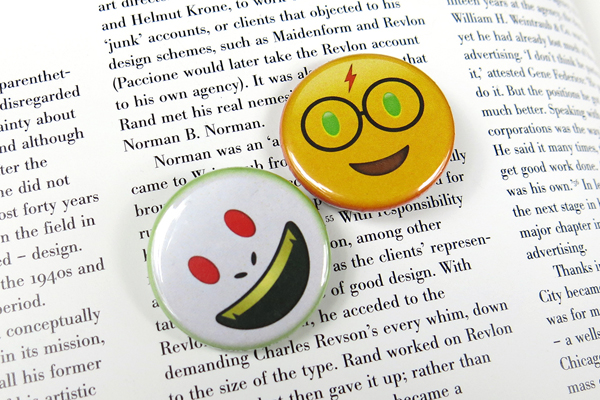 When planning your next crowd funding project, keep in mind the success of organizations like the Harry Potter Alliance and how buttons can be an entertaining reward for a donation and a symbol of your project's longevity. You bet your faithful followers will wear those buttons that helped a worthy cause, and you bet that they'll speak on your behave to anyone who asks about the pin backs in passing.