From membership rewards to exhibit giveaways, top museums turn to Busy Beaver for their merchandise.

If you’re looking for that perfect addition to your gift shop or a memorable hand out for guests at the opening of a new exhibit, look no further than buttons. Busy Beaver has a deep appreciation for museums, having had the privilege of working with many to create custom museum buttons for all sorts of occasions.

Custom museum buttons are a staple for the museum going experience. They are sold in gift shops as souvenirs, passed out to visitors as giveaways to mark special occasions, and used as membership exclusive keepsakes. Sometimes, pinback buttons make their way into the art exhibit itself.

Hi there! Shelby here, your go-to gal for all your Busy Beaver needs. Custom Buttons are an easy addition to a gift shop! We can get them retail ready with the addition of custom packaging to your order. When merchandising, museum gift shops often add the bag and topper or display pack option to give the overall product a more finished appearance.

Would you like to see some samples? Include a sample request with your quote and I'll be happy to help you out. 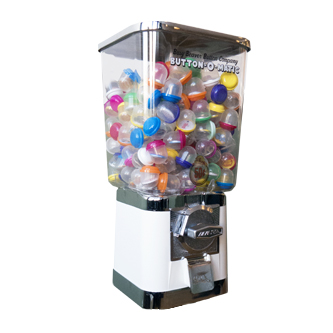 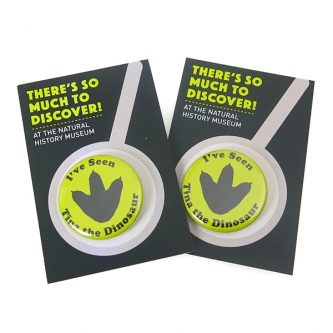 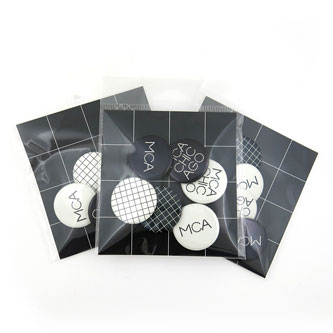 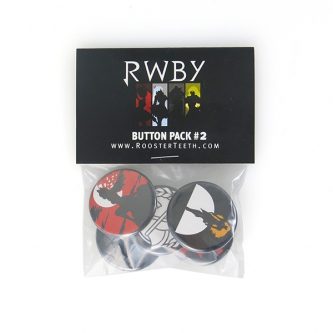 Sometimes your members just want to know that you appreciate them! That’s why The Field Museum dedicates an entire week to its faithful supporters. During that week, the museum offers a range of activities including daily raffles for museum merchandise, and of course — custom buttons! “We wanted to give [members] something fun to take home, so we designed these limited edition buttons showcasing just a few of the objects in our collections (there are over 30 million in total!),” says Jenna Lieblich, the Membership Manager of the Field Museum.

And members loved the custom museum pins! The limited edition buttons not only promoted the museum, they also display the benefits of becoming a member.

Make Your Own Custom Museum Buttons >

It's A Boy! Shedd Aquarium Buttons Up

When the Shedd Aquarium welcomed the newest member of their dolphin family, a Pacific White-Sided Dolphin male calf, they decided to use custom buttons as part of the celebration. After six months of acclimating to his new home, it was time to give this calf a name. The team at the aquarium came up with two Hawaiian names—Makoa (meaning fearless) or Kolohe (meaning rascal)— but deciding between the two names was a task the Shedd Aquarium decided to leave up to the public.

The Naming Contest kicked off with a special broadcast from ABC 7 News. The network also hosted a live “dolphin cam” the entire week of the contest to allow viewers to see the personality of this unnamed little one. The public was urged to vote online and to proudly share their decision on social media with the hashtag #NametheDolphin to let everyone know if they're on #TeamMakoa or #TeamKolohe.

Inside the aquarium, a different technique was used to vote. Staff members of the Shedd were encouraged to choose the button with the name they thought best fit the little flipper's personality. The buttons became a talking point not only around the water cooler, but also among the community of aquarium goers as they learned about the contest.

“They are fun for our staff—since there are two names, we had two different buttons made. It has been fun for our staff to “pick sides” and predict the winning name,” said Haley Donahue, Marketing Communications Assistant and the Shedd. At the end of the week-long contest, over 3,500 individuals had cast their vote online and by an overwhelming lead the dolphin calf had a name: Makoa.

The Shedd Aquarium has used buttons in the past as promotional handouts for guests or designed a special button to build buzz around new exhibits. The aquarium also takes advantage of the use of buttons not only to be marine related but also topical. Such as their button for leading up to the Pride Parade which read, “Toadally Proud.” Using these dolphin buttons as a device to decide on a baby's name shows the aquarium's ingenuity and cleverness...and how darn cute that Makoa is!

Buttons are easy to carry, easy to display, and the unique ability to start conversation between two people.Imagine how delighted a person traveling abroad would be to find someone far from home has been to the same museum exhibit as you. They saw your bit on your backpack waiting in line for airport security and suddenly the chore of checking in turns into a friendly conversation. Pin back buttons bring people together in a way not all souvenirs can because we display them proudly. 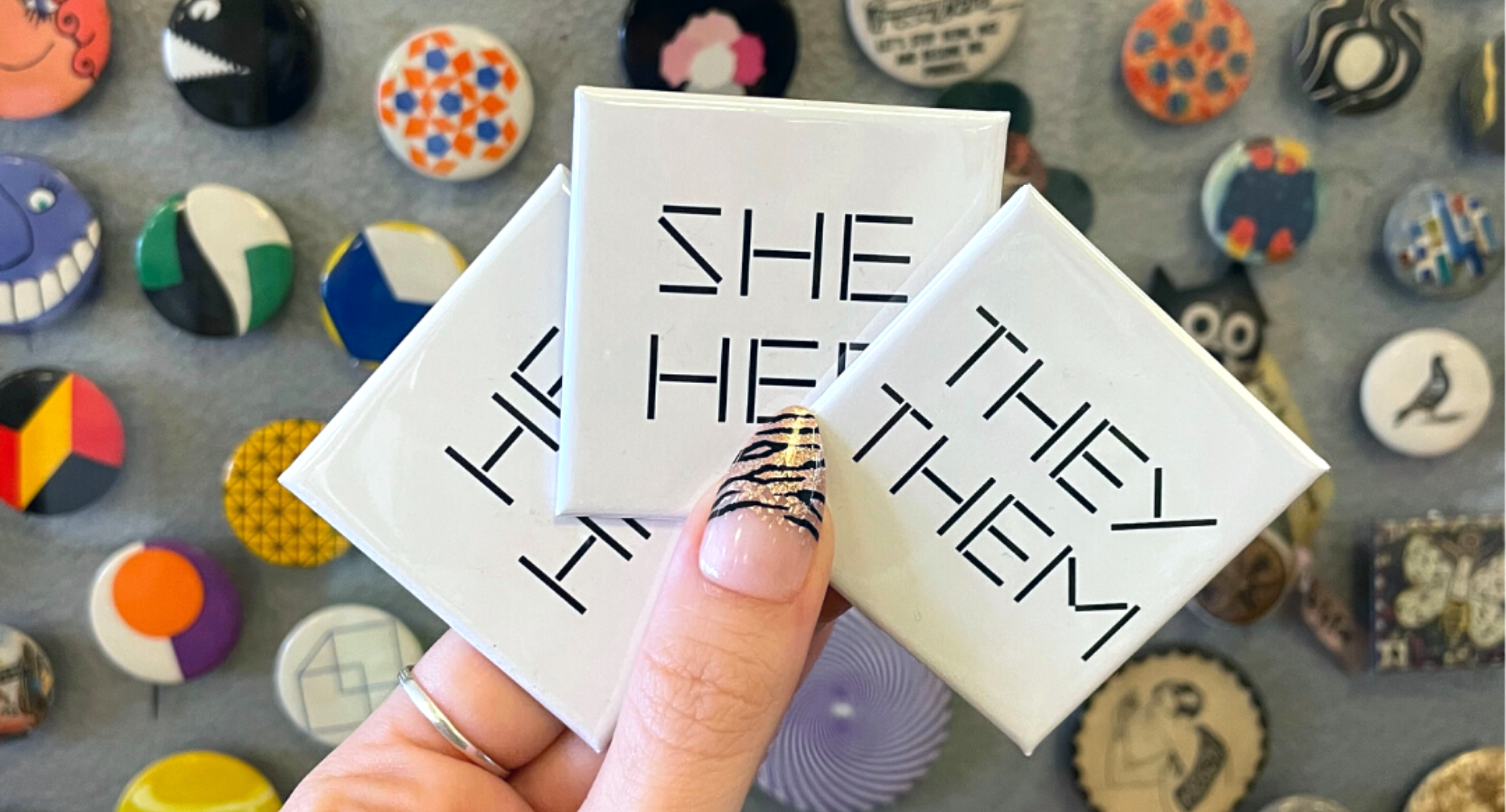 Pronoun buttons can serve as a tool for LGBT allyship by helping guests and community members feel comfortable while normalizing the conversation around pronoun usage. The MCA of Chicago makes inclusive buttons to hand out to guests, visitors and members that become treasured keepsakes!Learn more > 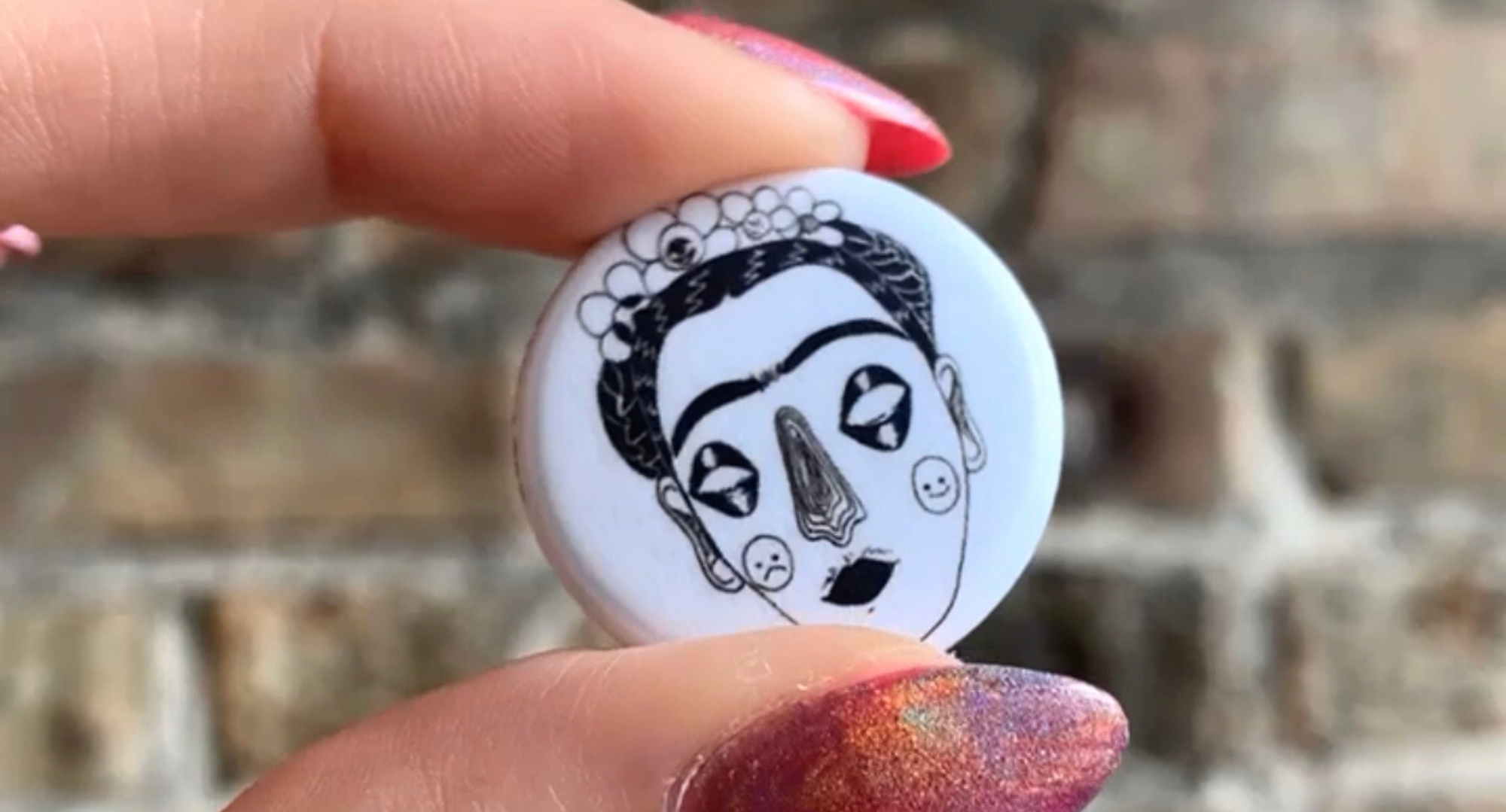 Pin buttons are the perfect custom museum merchandise because they are collectable and easily turned into precious keepsakes. Museum enthusiasts will want to mark every exhibit they experience by adding another addition to their collection of custom museum pins. When someone buys or receives a piece of museum merchandise, they are really receiving a tangible token commemorating a memory they enjoyed. Yollocalli fills their Button-O-Matic machine up with 1" Round Buttons for visitors to take home with them! Learn more >