Every year Busy Beaver collaborates with an individual or organization to curate a 1-inch button artist series. This year we've paired up with Everytown for Gun Safety, who have enlisted the help of 11 creators to make artwork promoting the urgency of gun safety in our country. The buttons, after the initial release party this Friday December 8th, will be dispersed around Chicago and the country in custom button vending machines we lovingly refer to as Button-O-Matics.

This year's theme encourages taking action by starting conversations about gun safety. We have reached out to all the artists involved in the series to hear the inspiration and messages behind their button designs. 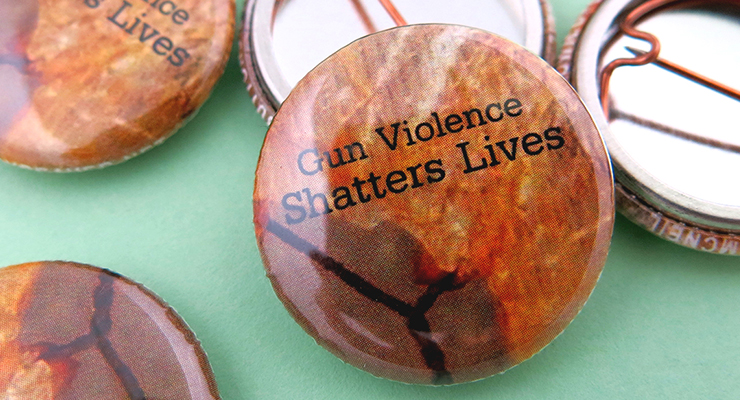 After work on the evening of October 10th, Wayne McNeil was randomly attacked by two gunmen in the front yard of his home in Mobile, AL.

"I found out first hand how gun violence can shatter a life within moments" Wayne recalls. That night he was shot three times—twice in his chest and once in his arm and continues to live with the lasting affects of the incident. As an artist and a survivor, Wayne uses his button design "to raise our voices and demand that our elected officials strengthen laws which will keep our communities safer." 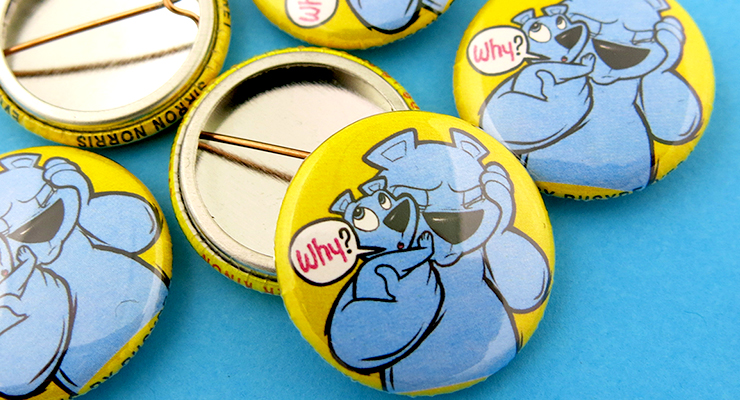 Sirron, focused on the affects of gun violence on our children and families in his design. He shares, "When our children ask us, "why?" after yet another mass shooting, how do we respond? As parents, we know in our hearts, minds and in our gut that there is no plausible answer that makes sense. So we raise our children with the understanding that guns and violence are a norm —that is not acceptable. For the sake of our children and their future, we must stand up for a more just, peaceful society."

Vichcraft, or Jenna Blazevich, is already a button friend of ours from Chicago. She uses her strong typographic-focused designs to empower change within her own brand and within this Button-O-Matic series. Jenna created this "Disarm Hate" design which is "inspired by the World's Fair and Chicago's dark history of prioritizing showmanship over social reform." 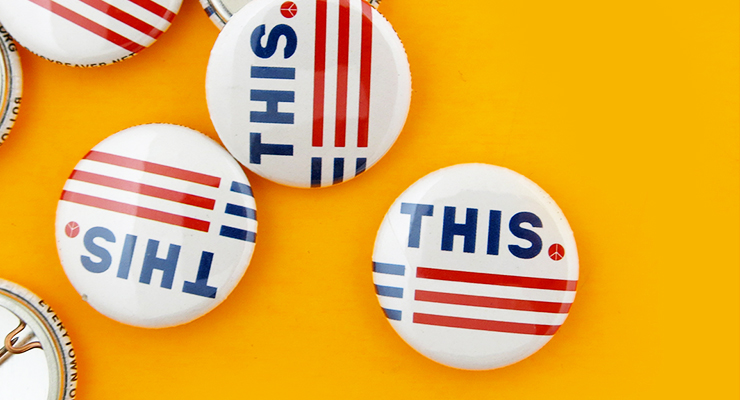 Cecile, inspired by Everytown's impactful logo, "created this button to convey the sense of urgency that a large part of the American public is feeling today in the face of the gun violence issue in America [and] also wanted to relay the focus and determination with which activists are working on the issue."

“Lock it up" is the theme of Melissa Diperi's button design. With this design she, "asks that all eyes should be on the lock. Gun safety should be a priority for gun owners and legislation should create more rules around the subject of safe storage." 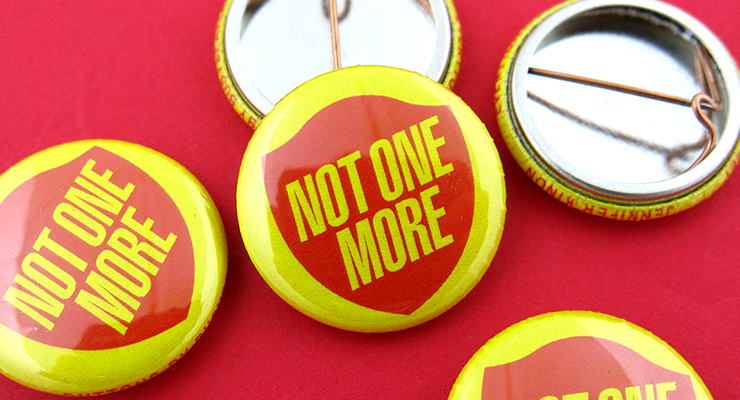 When desperate times call for action, Jennifer Kinon of OCD encourages you to take this one-inch shield with the message "Not One More." 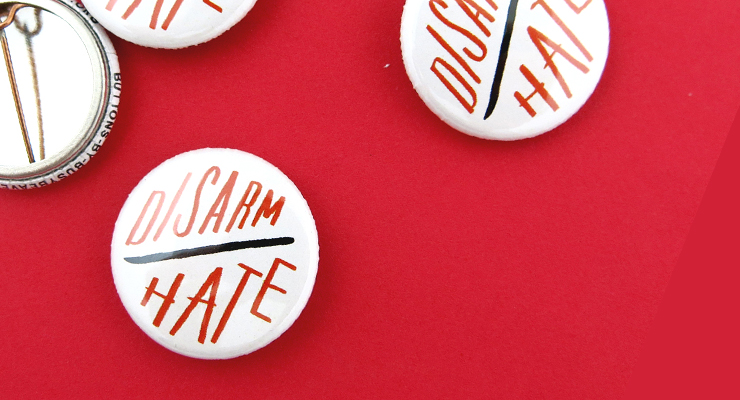 Bobby, another contributor from OCD (Original Champions of Design), uses Everytown's words, "disarm hate" to begin the discussion on gun safety. "All the hate is getting louder and stronger. It is past time to disarm." 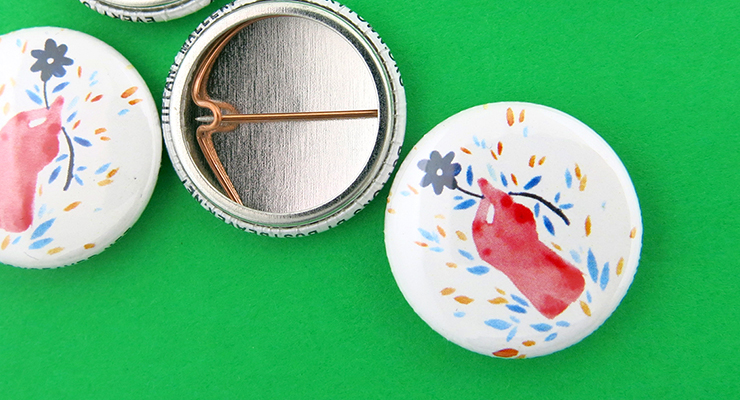 Tiffany Mallery's watercolor illustration of a hand holding a flower is what she describes, "a small, soft reminder that we
can and should use our hands to help, guide, and create, rather than commit acts of violence." 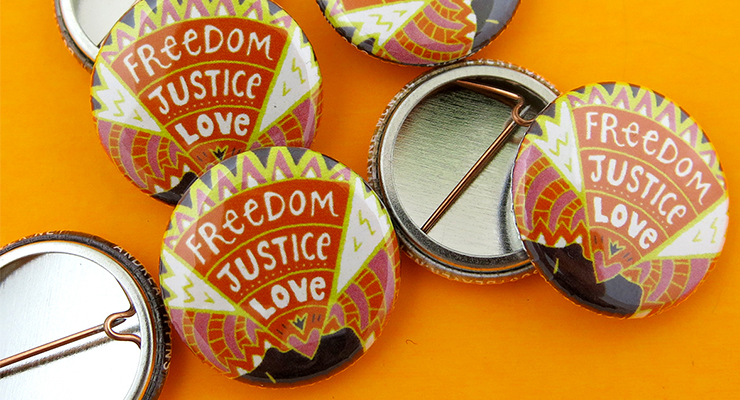 "I believe that at the core of everything we do is either based in fear or love" says Andrea Pippins. "And I believe that there is power in our words. These two ideas combined led to the how I imagined the illustration." 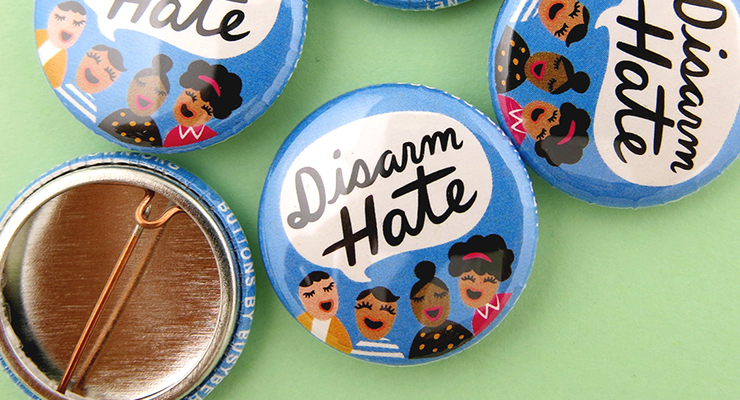 Libby VanderPloeg's button depicts people across demographics coming together to speak up. That the change they want to see will begin when "legislation for greater gun control is only going to happen with a strong, grassroots, community-driven effort." 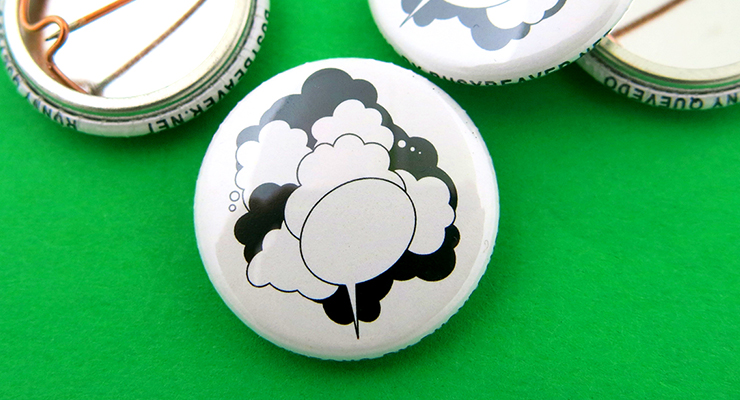 "The design conflates the visceral impact of gun violence, the outcry of local demands that address safety in communities of color, and the inaction of promises delivered by national politics" explains Robert Quevedo. The button artwork illustrations multiple thought bubbles with a single word balloon to express a dialogue. "The image depicts the emergence of thoughts and voices from the cloud of gun violence. The multiple layers amount to the development of dialogue and meaning from the chaos."

With gun violence killing 93 Americans daily, gun safety is a topic worthy of a conversation. And if any of these buttons can aid to get our communities talking, we'll help in any way we can.